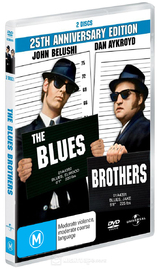 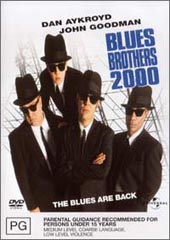 Unavailable
Sorry, this product is not currently available to order
Eighteen years after the brothers' original "mission from God", Elwood Blues is getting out of prison and discovering that much has changed in the time he's been away. His partner Jake is gone, his band is no longer together and the orphanage where he grew up has been demolished. Elwood soon realizes that he must embark on a whole new mission to reassemble the old band, this time with the help of a soulful bartender (John Goodman), and compete at Queen Moussette's Battle of the Bands while setting a wayward orphan named Buster on the path to redemption. In the midst of the mayhem, he's got to prove to the police that there's magic in the music... and a mysterious method behind the Blue Brothers' madness. Special appearances by B.B. King, Aretha Franklin, James Brown, Johnny Lang, Blues Traveller, Eric Clapton and many more.