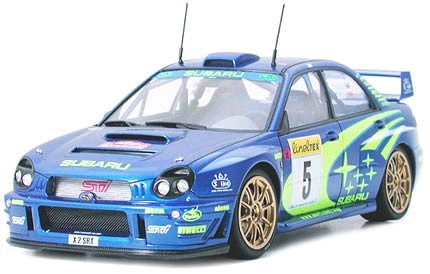 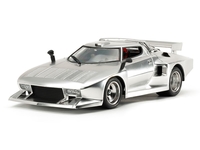 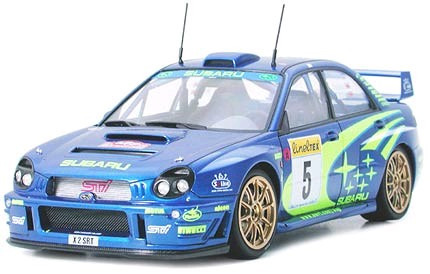 This one is slightly better than most. Separately molded fire extinguishers are easier to paint. Really great interior detail. Fits together very well.

Great fit compared to other brands and excellent detail

Soon after the adoption of the new regulations for the World Rally Championships in 1997, Subaru boldly entered their Impreza WRC. That well-balanced machine was equipped with a powerful horizontally opposed 4 cylinder turbo engine, and secured that year's Manufac­turers Title. In the following years, various improvements were made to the car in accordance with changes in the production model. The 2001 Impreza adopted a four-door sedan body and first showed itself at the season opener, the Monte Carlo Rally. The unique appearance of the car was highlighted by small compound headlights, spoiler attached to the extreme rear and blister-style fenders. The engine underwent extensive tuning in an effort to boost responsiveness, and major progress was made in regards to electronic control of the semi-automatic transmission and front, center, and rear differential gearing. Subaru's ace driver, Richard Burns, was accompanied by Markko Martin, Petter Solberg, and Toshihiro Arai.